Pre-polling has now began across the Cootamundra electorate ahead of the March 23 state election.

Representing a mix of major and minor parties, a total of six candidates have placed themselves forward to for the Legislative Assembly.

Extending from Bland to Narrandera, through Coolamon, Temora, Junee, Cowra, Gundagai and Hilltops, the Cootamundra electorate is geographically one of the largest.

While candidates may pump the petrol and push beyond their personal limits to make themselves known at each polling booth, it is unlikely they will be able to meet with every constituent within the electoral border.

Over the past week, since nominations to the electoral commission concluded, the Junee Southern Cross has spent an hour with each candidate.

The hope is that a brief outline of the person and their politics will make the voting process a little easier.

Candidates have been listed in the order they will appear on the ballot paper. Currently residing in Stockinbingal, this is Jeff Passlow's second time on the ballot paper.

The 73-year-old Greens candidate believes the role of a state member is to foster collegiality between all arms of government.

"What matters in this election has to be climate change," Mr Passlow explained when he met face-to-face with the Junee Southern Cross in Junee.

"People will argue that is a federal issue but I'm sorry, it's just not. It effects you and me, and we're all in NSW. It takes grassroots actions at all levels to affect climate change.

"It should be the number one priority for all levels of of government, and it's up to [the candidate] to put it on the voter's mind."

Mr Passlow joined the Greens party two years ago, when he says he became "so upset with the way the major parties were treating refugees on Manus and Nauru".

"It's the way politics is structured that I believe needs to change. There's too much expectations, favours for donations. It's the integrity of politicians that's been lost."

Born in Gundagai, Mr Passlow has spent much of his life on the South Coast,  before he returned to the Riverina a decade ago.

Professionally, Mr Passlow ran the Shoalhaven Hospital pathology unit for 20 years, and spent a further decade in the same department at Wollongong Hospital.

Additional to his campaign for environmentalism, Mr Passlow's work has led to a passion for regional and rural healthcare.

"From what I can see, it's the follow up that's the problem here. Most places [in the electorate] have adequate GP services but it lacks continuity," he said.

"The services are good, but it's very bad for people not to be followed up especially with mental health care." 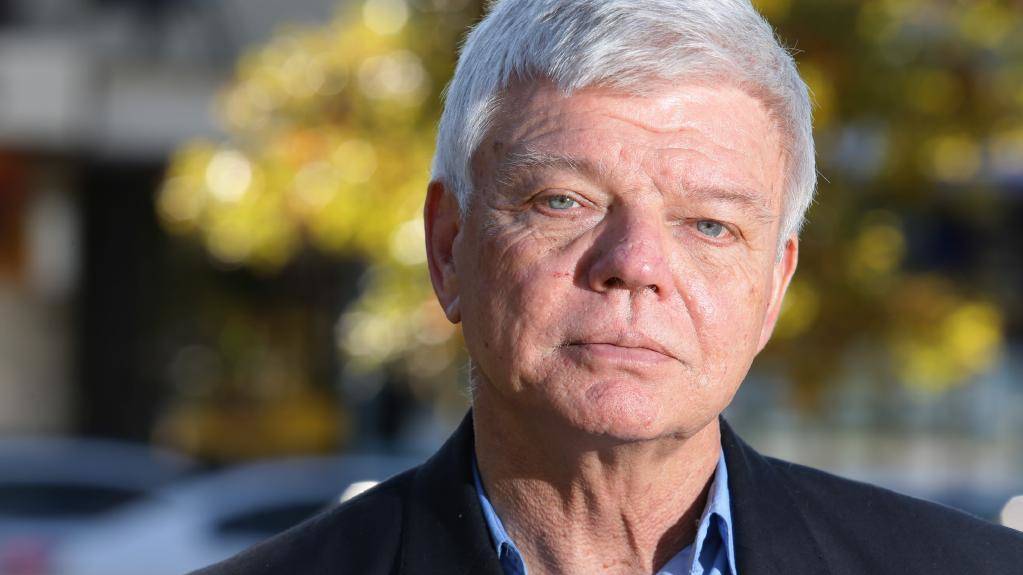 Dr Jim Saleam currently resides in Sydney and is connected with the far right Australia First party. As the party is not registered to contest the Cootamundra seat, he has decided to stand without affiliation.

The 63-year-old has chosen to run for an electorate more than 380km away from his home, because, he said it is one of the most important political environments in the country.

"The most serious national issues play out in Cootamundra and the Riverina," he said during a phone conversation.

Holding a PhD in politics, Dr Seleam is campaigning for the construction of a fast train network through the country. He also wants to stem what he calls the "shadow of China over agriculture and the coal industry".

Describing himself as "the people's ombudsman", Dr Saleam is looking to curb refugee intake and protect the firearm ownership legislation.

A  controversial political personality, Dr Saleam has two convictions relating to his political activities in the 1980s, although on the more serious charge he has consistently maintained his innocence.

If elected, Dr Saleam said he is ready to set up an office and live at least in part somewhere within the electorate.

"You can't be a Pitt Street farmer. The preservation of our farming communities is of most importance. It's necessary that our farmers don't walk off the land but they can't do that with a system that sees money as the bottom line."

The biggest issue facing Cootamundra, Dr Saleam said, is the allocation of water through the Murray-Darling Basin. He has spoken of the need to move away from "thirsty crops like cotton", and "avoid the privatisation of water [because] these people are only looking to destroy the Murray. It needs to be punished." A re-election to the seat at the end of March would make for Steph Cooke's first full term in the office, after she won the October 2017 by-election.

While admitting there is more she would like to achieve in the office, should the election not fall in her favour once more, Ms Cooke said she has left nothing undone.

"All of my commitments in the by-election, I have ticked them off and a whole more. I'm amazed at how many things we've been able to do in this time," she said during a meeting in Cootamundra.

Of the promises Ms Cooke believes she has fulfilled, there are two that stand out particularly.

Both took place in the past three months. The first involved Junee's elder care.

"Securing Cooinda Court, their whole future is dependent on owning that land and we managed to do that for them," said the 42-year-old.

"It was a battle that was fought behind the scenes, and it's taken them six years. It was something I was never quite sure would happen until it did.

The second revolved around the electorate's healthcare.

"February 27, I will never forget that day for as long as I live. Standing beside the health minister in Cowra announcing a new hospital, it proved to me that back-benchers can absolutely deliver for their communities."

Having grown up in Temora before relocating to Young after a foray into Sydney's corporate world, Ms Cooke said distance is the biggest barrier that faces candidates in the Cootamundra electorate.

"I did grow up in the Riverina but some of the areas weren't terribly familiar to me. Narrandera was probably [the town] I visited more than any other, because I had to learn more about it.

"I think the border areas can be missed in an electorate of this size, that's why I've always tried to spend more time in the towns I know less about." 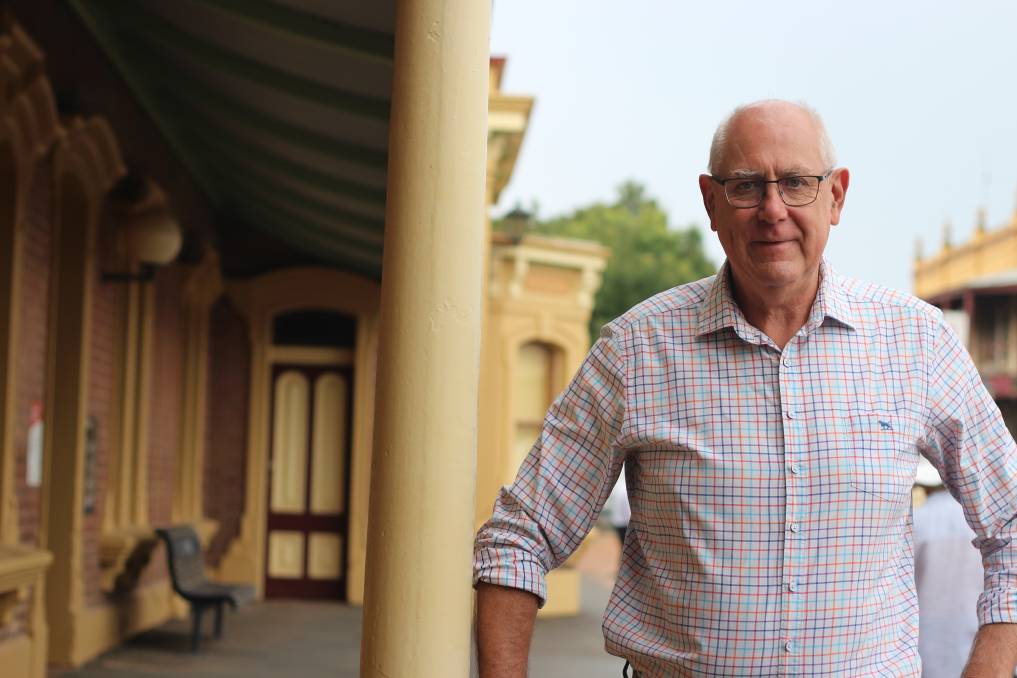 A pharmicist from Harden, Mark Douglass describes himself as a "reluctant politician".

Having spent more than 10 years at the helm of the Pharmacy Guild of Australia, it is public health and education that Mr Douglass would like to make the focus of this election.

Vocal against the forced council mergers, Mr Douglass spoke of his anxiety that "it's on the agenda to roll Coolamon and Junee into Wagga council".

Up until a year ago, Mr Douglass was a member of the National party. But the 63-year-old said he has become "disillusioned with the farmers first policies, leaving everyone else stone motherless last".

"I think our farmers would be appalled to know that policies are being made for them that are actually to the detriment of everyone else," he said during a meeting in Junee.

Owing to his recent political shift, Mr Douglass's campaign centres on making what he calls "the big issues" bipartisan.

"Water, electricity, healthcare, education, all of these things should be the focus for all parties."

Address the disparity in healthcare, Mr Douglass believes is a matter of improving availability.

"Our disadvantages in healthcare are really easy to understand, and it's all to do with the timeliness to services. It's a ripple effect, cuts to paramedics means police are having to act as mental health practitioners, and that takes them away from town security."' 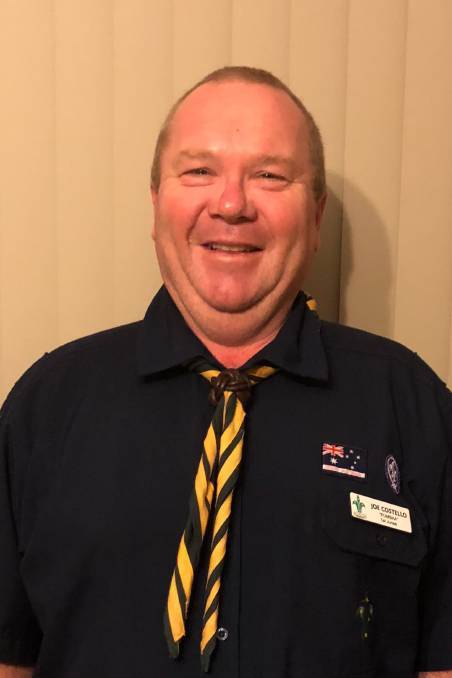 The only Junee resident in the election race, Joseph Costello was the eleventh hour nomination. He has joined the race with the newly-formed Sustainable Australia party.

Owing to the late nomination, Mr Costello was the only candidate who was not available to meet with the Junee Southern Cross in person.

"I didn’t plan on running for the seat of Cootamundra, but the party needed someone to give local people the opportunity to vote for Sustainable Australia so I put my hand up," Mr Costello said in a statement.

Having relocated to Junee in 2014 from his hometown in South West Sydney, Mr Costello has worked for the Australian Rail Track Corporation for more than 30 years.

The 53-year-old describes his politics as sitting near the centre of the left and right spectrum.

"This election we are focused on better planning to stop over development and returning real planning power to local communities," he said.

For Mr Costello, future-proofing the communities housing and infrastructure are key items for the upcoming election.

"Our current economy is overly reliant on property speculation due to rapid population growth in the cities," he said.

"This is leading Liberal and Labor governments to play catch-up on city infrastructure leaving regions like Cootamundra without their fair share.

Recognised around town for his role as a scout leader, Mr Costello is hopeful his election to the Legislative Assembly will still afford him time for community involvement.

"I want to stay as involved [with Junee First Scouts] as the job allows, and I believe it is important to remain connected to the community." 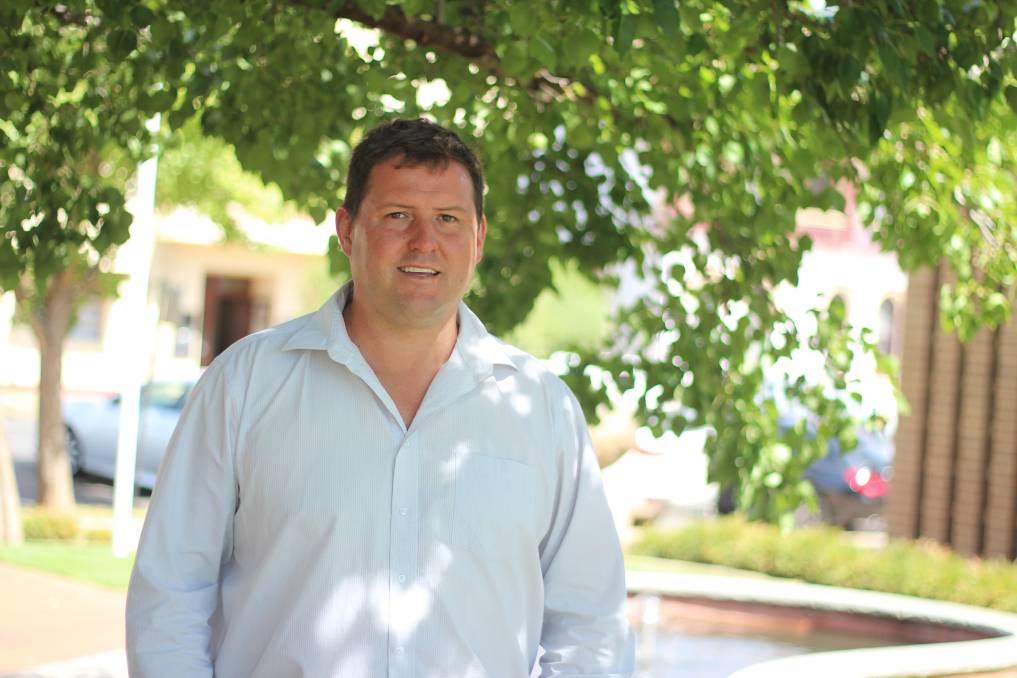 Standing for the Shooters, Fishers and Farmers, Matthew Stadtmiller from Harden sees the future of agriculture as the biggest issue facing the Riverina.

"We can't make it rain, but we can make it rain with money that will be assistance to farmers for storage, subsidies for fodder and especially for cheaper transport of food," the 34-year-old said during a meeting outside Cootamundra's pre-polling centre.

Since 2014, Mr Stadtmiller has owned majority shares in the Twin Town Times and while he said he stepped away from editing the paper before the 2017 by-election, he has not yet confirmed whether he will withdraw his finances if he is elected.

Never having strayed too far from his hometown in Harden, Mr Stadtmiller entered politics to provide a balance to the major parties. It follows from his ongoing role as a Hilltops councillor.

"I'm trying to draw attention to this part of the sate. For too long, it's been a two-horse race. Me running, well that's another candidate, another party to choose from."

His campaign is primarily focused on reversing the "Sydney-based policies of the major parties", including the forced council mergers, which he describes as "unpopular and uneconomic."

This story Meet the candidates for the Cootamundra state election first appeared on Southern Cross.

Discuss "Meet the candidates for the Cootamundra state election"

Please note: All comments made or shown here are bound by the Online Discussion Terms & Conditions.

Discuss "Meet the candidates for the Cootamundra state election"

Please note: All comments made or shown here are bound by the Online Discussion Terms & Conditions.