The name Jim Crow has hugely racist connotations in the American South - it became shorthand for the racist system of segregation that lasted up until the 60s in the United States.

"For us as Dja Dja Wurrung, it's special. Like all creeks, streams, rivers, places, it has a form of identity. So I think it's beautiful," Rodney Carter, a Dja Dja Wurrung man who has long campaigned for that name to be changed, said.

He said he hates what he believes the name does to the land: "I think it's been incarcerated. It's been suffocated, it's been imposed upon."

Hepburn Shire Council, through which the creek flows, is looking at changing the name -- a process of community consultation is going on right now. Rodney wants the new name to be the Dja Dja Wurrung phrase, Larni Barramal Yaluk, which means Home of the Emu Creek. 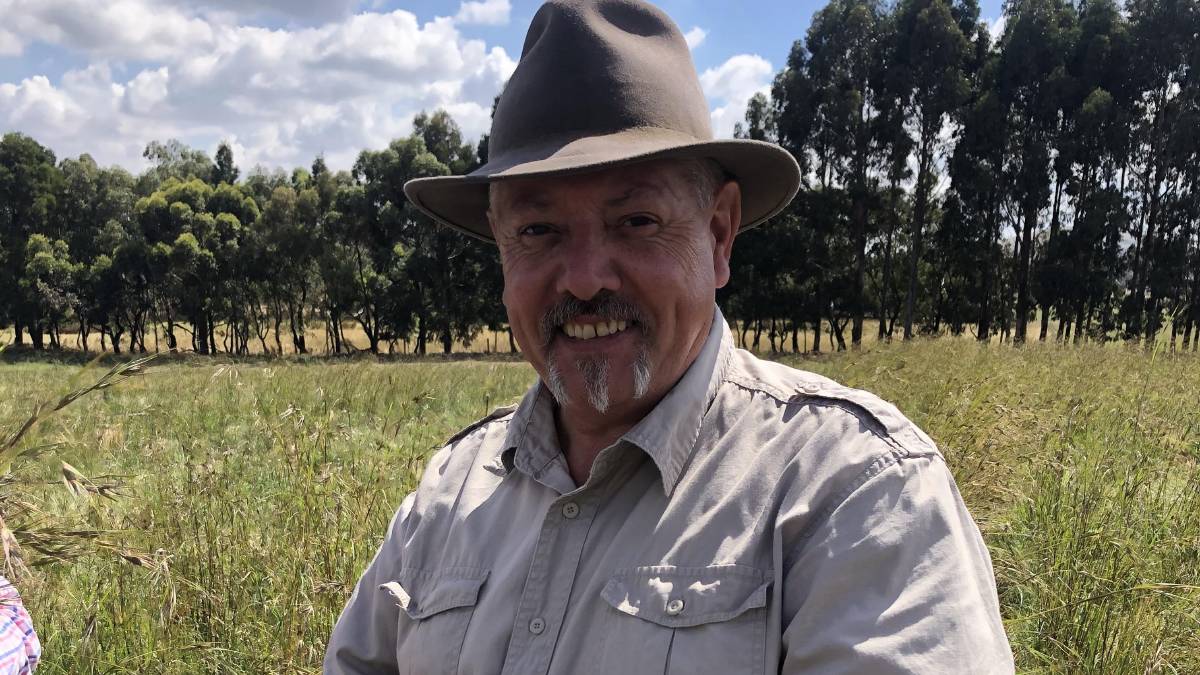 Rodney thinks it's an important moment for his people. "By placing language back into country, what we're doing is we're freeing it [the creek], and acknowledging its presence in the landscape,'' he said.

He said his people were robbed of the ability to speak their language. Returning his people's language to country is an important part of connecting to it. In returning the creek's identity, the Dja Dja Wurrung themselves are having their identity returned.

A map of Australia shows you place names with different origins -- some are first nations words, others are European hand me downs. 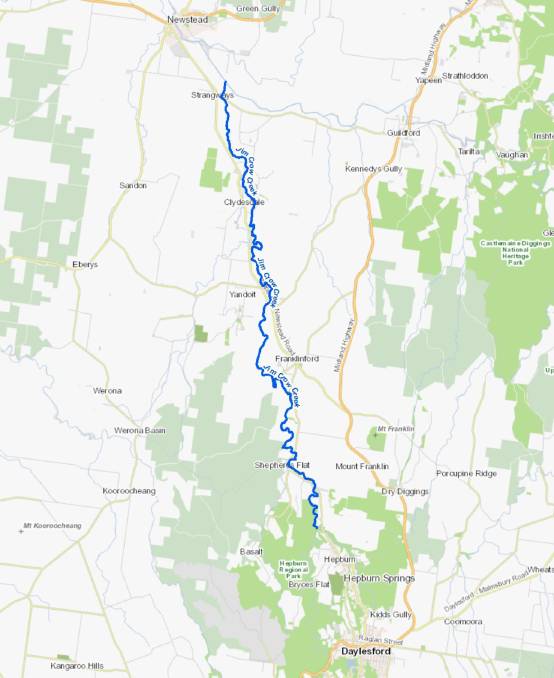 Some Aboriginal names are so iconic like Noosa or Wollongong that we don't even think about them.

But often these First Nations names encapsulate a rich history in just one word -- a story, a spirit. But over two centuries of displacement many have been lost or erased, along with the languages and the people who originally spoke them. You can read about this country's brutal history through its place names.

But some names are coming back -- Uluru was only called Ayers Rock for a brief moment in its history, we now know it by its true, Pitjantjatjara name.

And there's a growing push for more of Australia's old names to be brought back, particularly when the story their new name tells is one of hate and violence.

For a lot of Aboriginal and Torres Strait Islander people, we don't really have a choice to not think about those histories.

Larni Barramul Yaluk is just one example but all over the country names are changing and in the process we're learning about the true history of this land.

Butchulla Country is up around Hervey Bay, in Queensland. It includes the world's largest sand island -- you might know it as Fraser Island but it has recently had its traditional name restored: K'gari.

Butchulla Woman Rose Barrowcliffe explained that K'gari is one of her people's sky spirits "who came down and helped create Butchulla Country. We have have a god, Biral, who sent down Yindingi to help create the earth and he brought K'gari this beautiful sky spirit down with him." 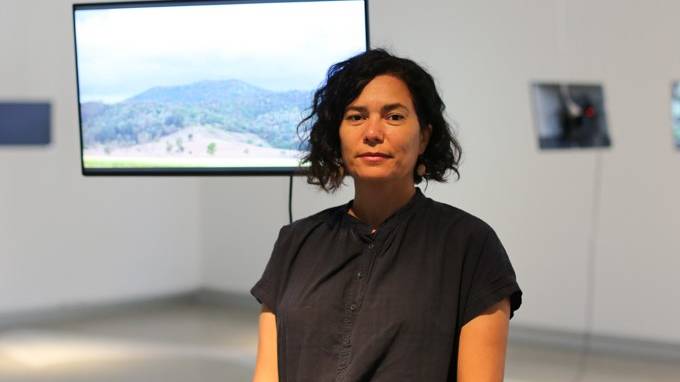 K'gari decided to stay but wasn't allowed to stay in spirit form, so Yindingi turned her into the island.

Fraser Island had been named after Eliza Fraser, a shipwreck survivor rescued by the Butchulla who went on to spread dangerous lies about her brief time on the island.

"So it was really important to Elders to not have her recognised on our homeland. She was there on the island for a few weeks and had this terrible interaction and became very famous for it, but that's not what the island is about for Butchulla People," Rose said. 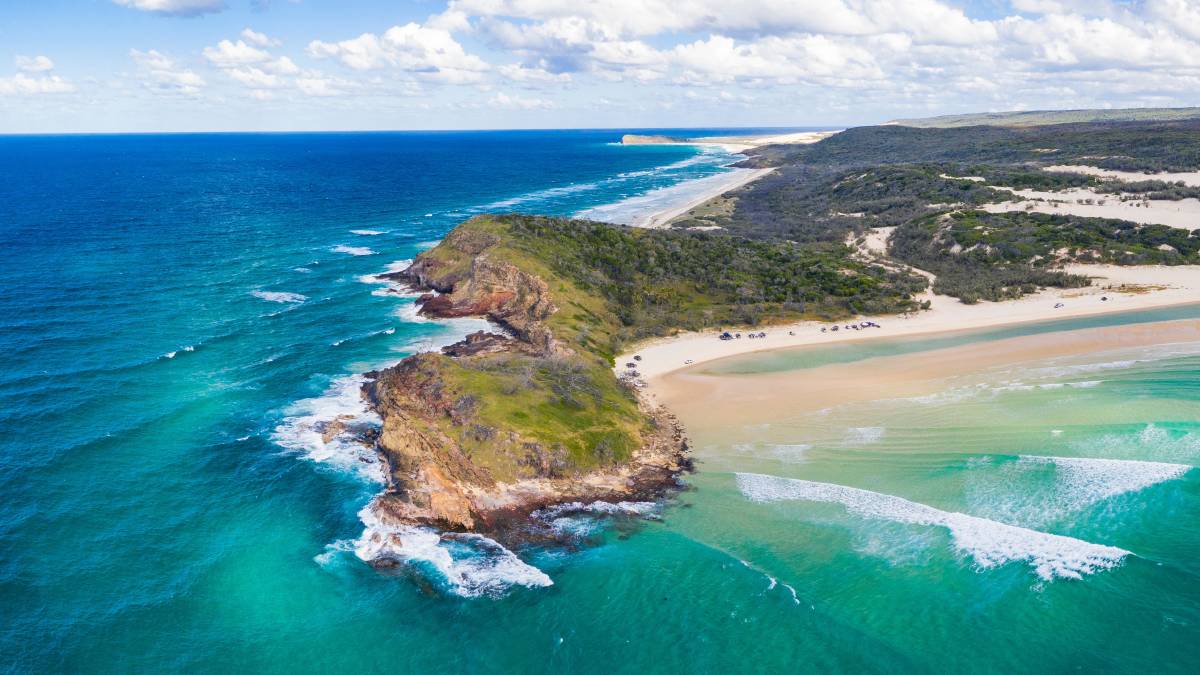 K'gari was the name restored to the world's largest sand island. Photo: Shutterstock.

Last year Gomeroi Woman Rachael McPhail tried to buy something online and, out of nowhere, decided to whack in "Wiradjuri Country" to see if Australia Post would work out where to send it. They did, and from there she started a campaign to get Australia post to officially adopt first nations country names in addresses, a campaign which was ultimately successful.

But one thing which struck Rachael was the number of people messaging her asking what the traditional place name for their location was. "So it really became apparent for me that there's a real knowledge gap in our resources in Australia," she told me. 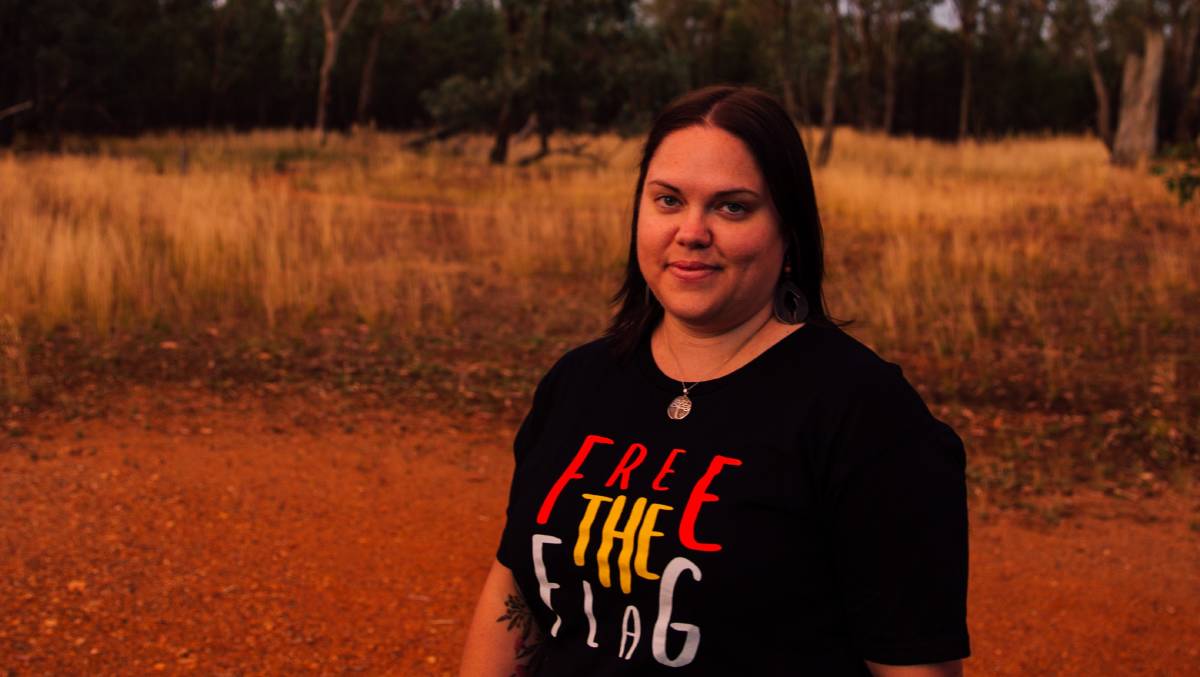 Rachael says that the AIATSIS Map, a map of hundreds of First Nations countries and their boundaries which is what Australia Post is basing its addresses on, is incomplete, missing some groups entirely, and some Elders disagree on boundaries.

"Because of that," she said "it's become apparent that we really need a database to be created so that we have an accurate record of the traditional place names as per what the elders say that the truth is, but also to give the elders that opportunity to have a voice, because their truth has never been recorded before."

Truth telling is a key part of Taribelang woman Melinda Holden's campaign to have place names which remember massacre sites around Bundaberg changed.

Names like these are all over the place, and cause a lot of pain to first nations people who have to see them and use them. But Melinda said a lot of people don't know their history, so renaming a place is a chance to tell the truth about what happened. 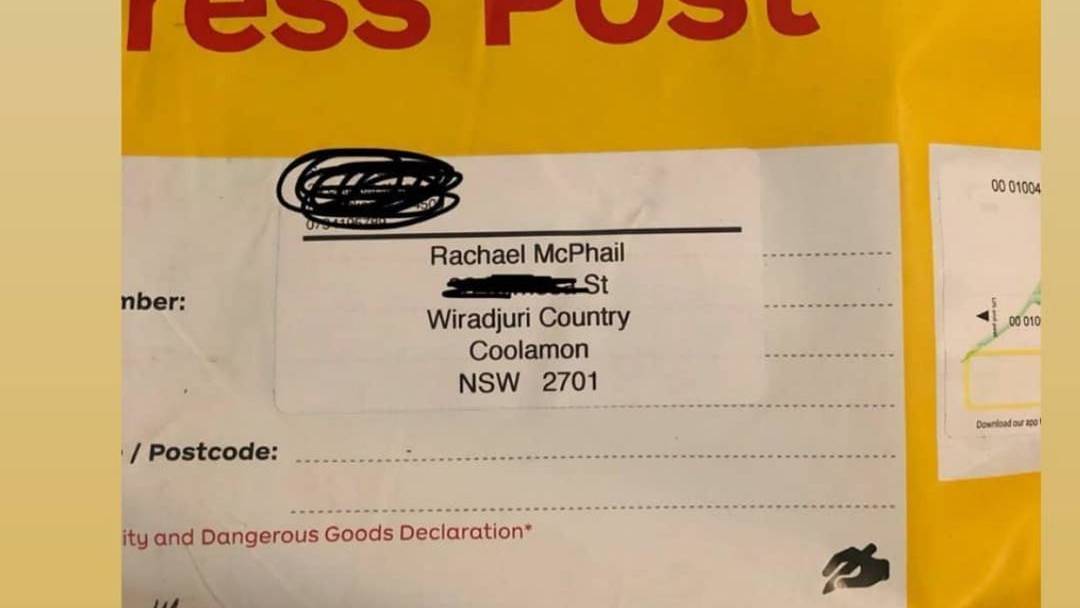 Rachael McPhail included the traditional place name on her package and Australia Post delivered it, no issues. Photo: Supplied.

"It's amazing when people do learn of the different place names and the history around that," she says.

"But it's also telling the truth about those places because we've had massacres all over Australia. And some of those place names on sites of those massacres certainly need to be changed, but also a chance to tell the history of it."

But she added that changing names is worthwhile if only for the sake of First Nations People, saying "it is important to lead this country back more towards the Traditional Owners because it makes our people a lot more proud of who we are."

They're really amazed and sometimes shocked at why places were named. That's why it's worthwhile.

"In Australia we have something so unique, with over 300 languages spoken on a continent that have been treated as a curiosity and suppressed," he told me. "So why wouldn't you want to learn about that, promote it, protect it, and ensure that future generations can inherit it?"

But attachment to place names goes two ways. And despite European names being quite recent, connections to them can be strong. Place names conjure up social memories, they make people feel like they belong somewhere and our identities get tied to them.

It's why a name like Coon Island in Lake Macquarie, despite being overtly racist to an outsider, can still see more than half of respondents to a council survey vote to keep the name. The council overruled the community in this case and it's now called Pirrita Island, an Awabakal word for a type of oyster found in the area.

If they've grown up not knowing the dark histories of those names, they might just want to bury their heads in the sand about it.

There's also the fact that this history is uncomfortable, and some of us don't want to think about it. But Rose Barrowcliffe told me that an attitude of "leave the past in the past" impedes the healing process.

But she argued that it's hard for First Nations people to ignore the symbolic violence of a place name. "For a lot of Aboriginal and Torres Strait Islander people, we don't really have a choice to not think about those histories. They're part of the histories of our family and have impacted on our family and community for generations."

"The reality is until you address things like that then you can't move on."

Listen to the full story on the podcast, search Voice of Real Australia on Apple Podcasts, Spotify or your preferred platform. You can also listen above on our web player.

This story Why First Nations place names are being returned to Country first appeared on The Canberra Times.