IN the space of three years, identical twins Josh and Luke Packham have taken part in two reality TV shows, found love, lost love, built a house and been critiqued on a regular basis in front of a national audience.

The northern Sydney brothers are well known to reality television fans. They entered Love Island 2019 as intruders, with Josh going on to win that Fiji season with fellow contestant Anna McEvoy.

They were not the only Sydneysiders competing in the Fans vs Faves series of The Block, with Newport couple Mitch Edwards and Mark McKie, better known as Mitch and Mark, back as Faves - this time for the win. Mitch and Mark first stole Australia's hearts in 2019 - the same year the twins were on Love Island - when they took home $384,000 in prizemoney after working on The Oslo in St Kilda.

On the day we meet Josh and Luke at Mona Vale Beach, it's unseasonably cold for a mid November day. The wind is icy, the rain is starting to spit and storm clouds are brewing overhead.

Despite the inclement weather, there are a few people around. Workers building the much-longed for surf club pause to ask "aren't they the guys from The Block?" midway through the photo shoot.

Three giggling girls stop and gush "oh my god, it's Josh and Luke" before bursting into fits of nervous giggling and asking for a photo with the twins. Seconds later a man sitting in his parked car nearby yells out "hey, can you lend me a few bucks?" to the brothers, who just days earlier had scored a half a million dollar bonanza at the auction in the show's finale. 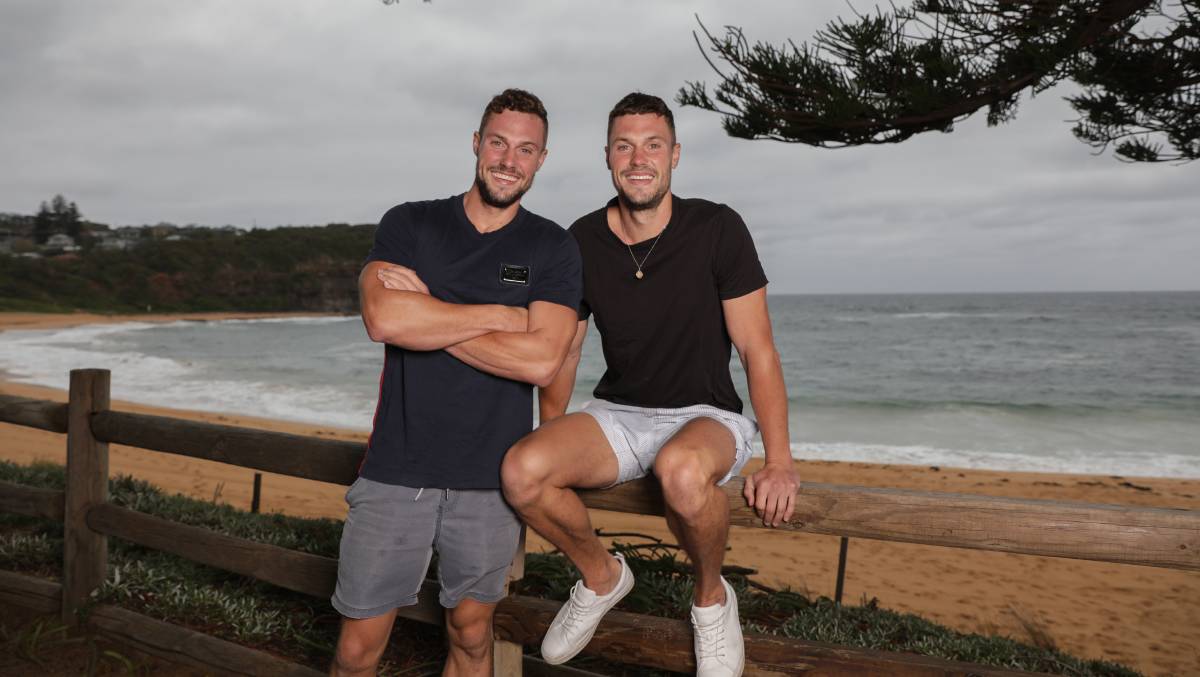 In a little over five minutes they were recognised by three separate groups of people. Do they ever get used to the attention, I wonder? "Yeah eventually," Luke says - before adding "but it took a while".

They were accused of "throwing a tantrum" multiple times while on The Block as they faced criticism for design and construction choices. But meet them in person and they're quick to smile and are funny and polite.

The hunky twins applied for their first reality show, Love Island, as a joke when they were both single and on a night out drinking.

"We were half drunk at the time and I just put in the application not thinking anything of it then two weeks later I get the call," Luke says. "There wasn't much thought that went into it, it just happened one night with the lads and next minute we're on Love Island. It happened very quickly."

Josh and Anna walked out of the show a couple and even moved in together for a while in Melbourne.

But they broke up in November 2020. And with a newly-single Josh back in Sydney, the twins were looking for a new adventure when they applied for The Block. They became one of five duos tasked to renovate a home in the Melbourne suburb of Hampton. 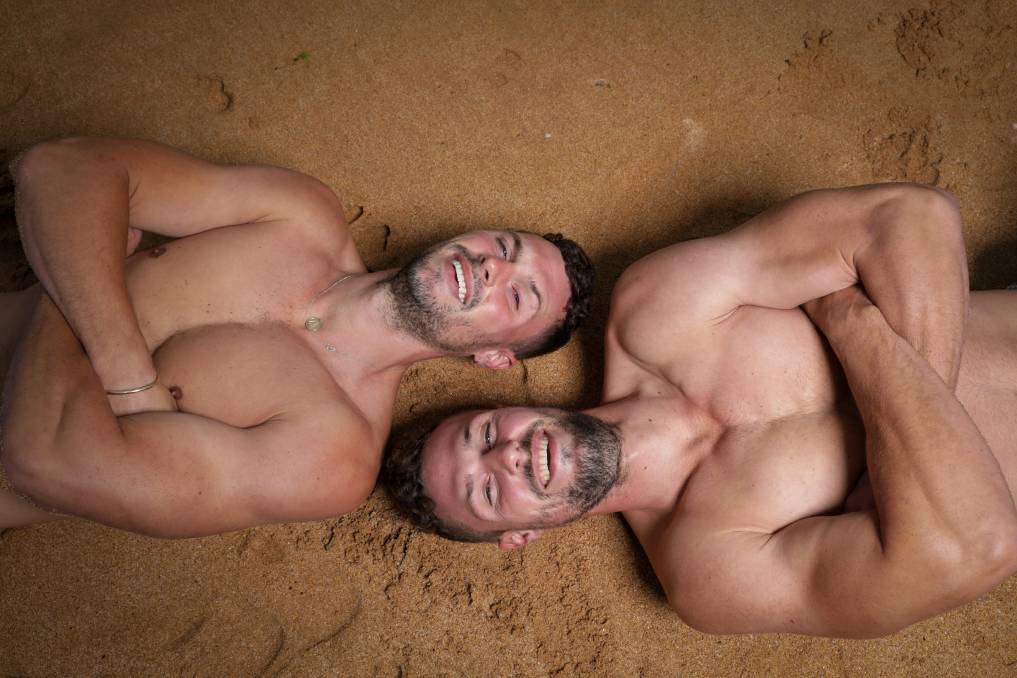 "Coming off the back of Love Island, sure it's a TV show but you don't really do much," Luke says. "We wanted to prove ourselves, to Australia, that we could accomplish something like The Block - and there's no bigger challenge."

The brothers had never renovated a property before, but they do come from a real estate family: their parents Jo and Kevin Packham owned Belle Property in Mona Vale and Terrey Hills for 10 years up until 2019.

"We've had a lot of real estate in the family and we wanted to test ourselves and our brains and put it together on The Block," Luke says.

Once on the show, it wasn't long until the brothers were making controversial choices that attracted the criticism of show host and judges alike. They were often slammed by the judges for their design and style choices, scoring one of the lowest results in The Block's 17-year history in one judging session.

"We're really pissed off," Josh said bitterly on the show straight after the judging. "I have nothing to say to them," Luke added. "It's completely disrespectful and they can go and get f****d."

Months later, they tell the Review that copping criticism was tough. 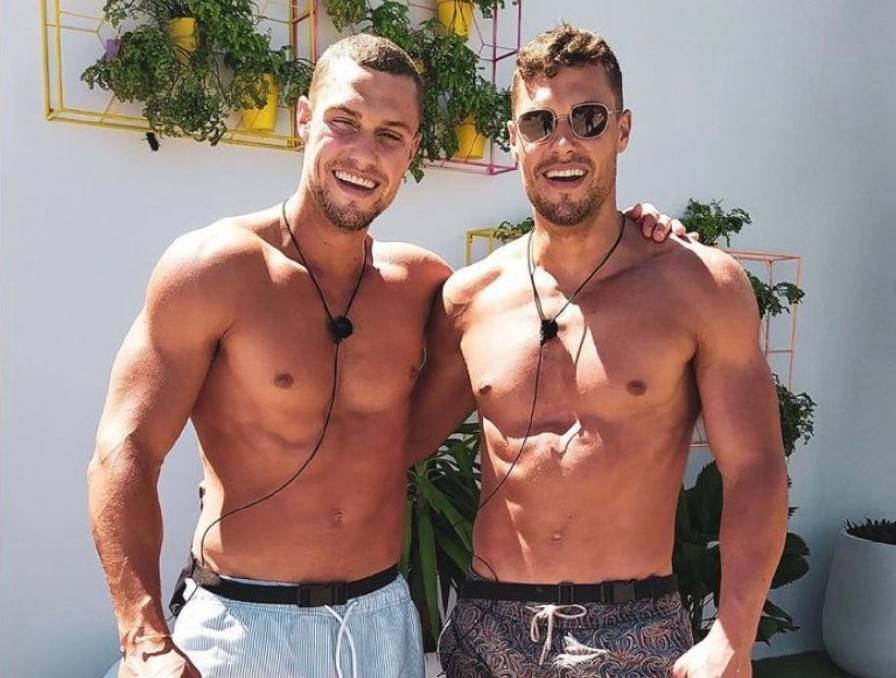 Josh and Luke during their time on Love Island in 2019. Picture: The Block Shop

"We wear our hearts on our sleeve and if something has upset us we're going to give it to the camera," Josh says. "A lot of people sit at home and criticise you and say 'you're throwing a tantrum' but in reality the chances are they've probably done something similar in their lives, they just don't have a camera following them around for three months."

The Block is gruelling, they both agree. A new room must be 'revealed' (renovated) each week, but in some weeks multiple rooms must be completed for judging.

The hardest thing, they both say in unison, is the lack of sleep.

"It's definitely the sleep deprivation," Josh says. "Nothing can really prepare you for that.

"You're working off three hours sleep max. Saturday night it's not uncommon to go all the way through until tools down at 9am [Sunday]. On Saturday if you're in bed by 5am you've done well, really well." 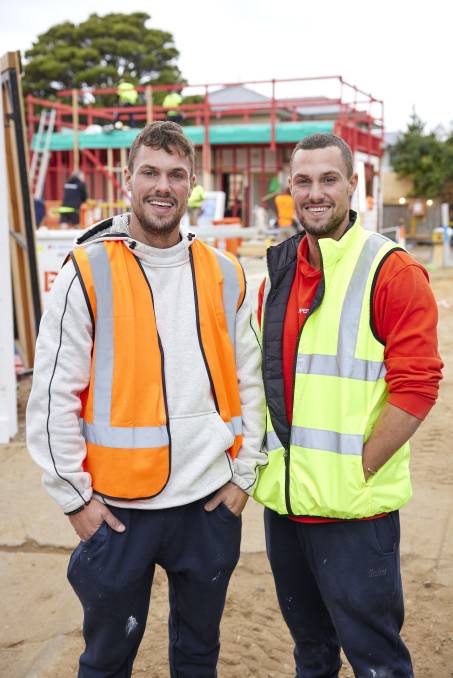 Josh and Luke during filming of The Block.

This season's show was plagued by a much-reported 'cheating scandal' and although it occurred in the first few weeks, Josh and Luke eventually revealed in the show's final episode that it was Tanya (from the Tanya and Vito team) who sneakily took a photo of the show's production schedule, while Josh stood guard at the door. Other contestants said this photo gave Tanya and Vito an advantage and the show's producers agreed leading to a complete re-jig of the schedule.

Josh said the cheating controversy made for high ratings with the television audience and that with five ultra-competitive teams "fireworks were going to happen this season no matter what". "All in all I guess that's what a lot of people want to see because the ratings were extremely high," he says. 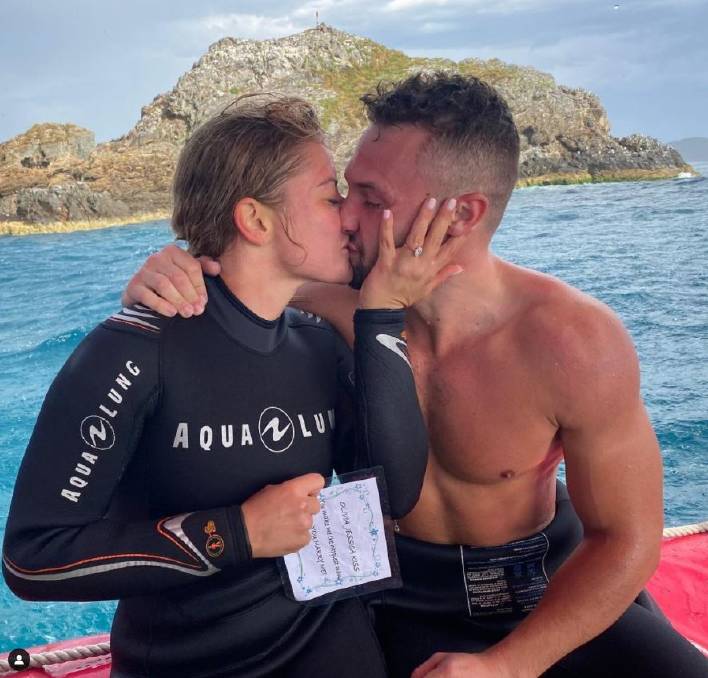 Olivia and Luke when they got engaged in Byron Bay in October 2020. Picture: Instagram

Outside of TV there's also a lot going on, with Luke and fiancée Olivia Kiss expecting their first baby, a daughter due next March. They recently moved back to his parents' home in Warriewood to save for their own place.

"We did the 20 week scan two days ago and at the moment, touch wood, she's a healthy baby so we're just looking forward to March coming," Luke says.

Josh is studying mental health with the hope of helping other kids who have struggled as he has in the past.

"I've always suffered from social anxiety; obviously being on TV, I've learned to deal with those things a lot better," he says. "I think I can definitely resonate with people because I've been there, especially during school, I was a mess with anxiety so I can definitely help people along the way."

Josh, who has a finance degree, recently joined Luke's synthetic grass installation business. They're keen to use their Block winnings to help grow the business and start distribution, and maybe put a little towards an investment property.

Time to do it all again?

With two reality shows under their belts, Josh and Luke laugh when asked if they'd sign up for a third one, before giving it a bit of consideration.

Luke may be about to be a father for the first time, but he says he's definitely open to another show. "Something like SAS or Survivor, something that's fully challenging," he says. "If The Block called me in three years time I'd highly consider it. For the meantime I think we'll just focus on our business and if a call comes, we'll listen." 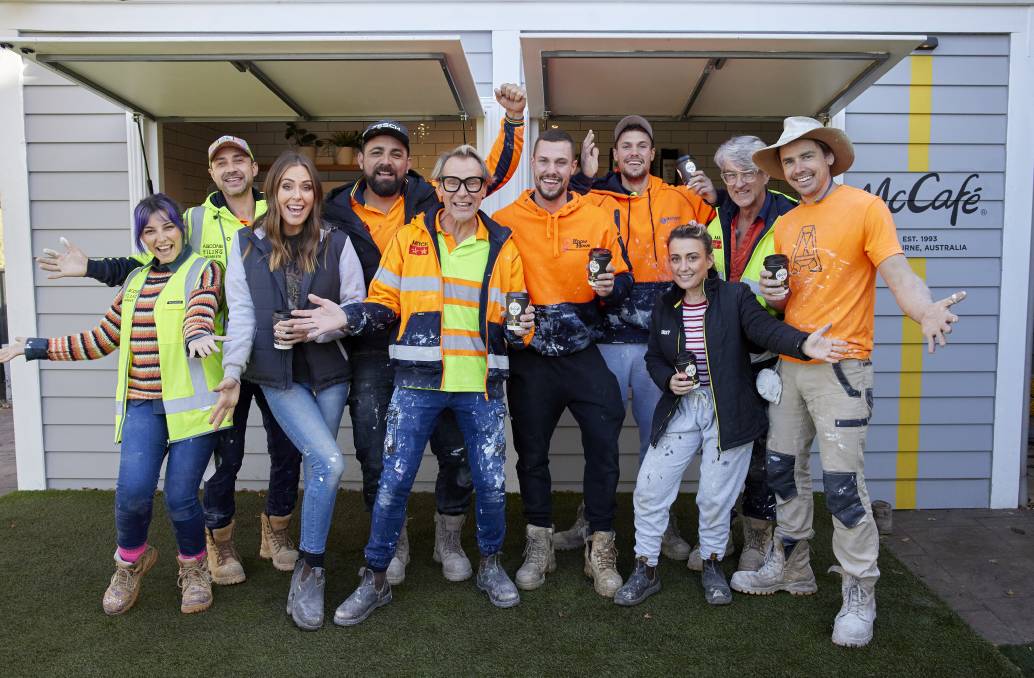 Contestants on the 2021 series of The Block. Picture: Supplied

At the season's finale the homes are sold at auction. Each couple keep any profit made above the set reserve price, and the couple with the highest profit receives a $100,000 prize.

This story The Block stars Josh and Luke reveal why they put themselves to the challenge first appeared on Northern Beaches Review.